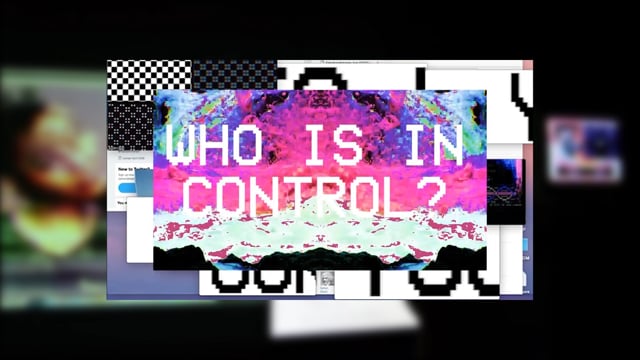 I like really old films. You can really see what the world looked like, thirty, fifty, a hundred years ago. You know the clothes, the telephones, the trains, the way people smoked cigarettes, the little details of life. The best films are like dreams you’re never sure you’ve really had.”

From, Jim Jarmusch’s: The Limits of control.

A retrospective on the image, popular media and cybercultures, creating a reflection on the temporality of these forms and the aesthetics delivered by the information vehicles; using video art, shabby typography and on-line auto generated GIF’s. This piece works as an introspective collage of mixed digital media made from dreamy natural imaginaries and experimenting with our daily image outputs and the nostalgic of cybercultural aesthetics.

A multi-channel video installation, making a fiscal screen-work that places images on top of one other, as billboards on a highway or windows on a desktop and error messages on a screen. Shifting different GiF’s, scrolling pages on a website, getting videos of archivists and storage systems, and self-recorded videos with LO-FI resources claiming and discovering the path of the prosumers with handycam home videos mixed with online self-broadcasted clips. This piece creates a point of inflection between the old and the new; using this nostalgia and cyberculture visual environments as the path to analyse the present-day philosophy of beauty and the so called new-aesthetics.

I’m interested in using the nostalgia as a way to grasp our own time, as if through binoculars held the wrong way. The present is seen from afar and de-familiarised, always with half an eye on the future’s judgement-to-come trying to make sense of not only to myself but shaping of the world as an image in an informational plane.

Making this video art piece unleashes the fact that we live our life’s curating, approving, showing, validating images and finally actually re-inventing a reality through them, at a point that we shape our life around it.

Using the Walter Benjamin’s reference of the coincidence of image- and body-space I create a process of putting forth or of absorption, a process which, with the total absence of distance and the construction of a self-related closeness, generate an energy on the viewer which, in the passage through ‘body-and image-space, has gathered force to such a degree that the image invade the body, whereupon body and image become one, resulting, in effect, in the leap into a mechanical space that questions, WHO IS IN CONTROL?